Under current law -- which Wiener, who is gay, describes as "horrific homophobia" -- a straight 24-year-old male who has sex with a 15-year-old girl can avoid being put on the sex-offender list if the judge feels the situation does not deserve it, but a gay man in the same scenario with a similar-aged boy would not be given the same option.

Wiener's argument is one of evolving social standards. In 2015, the California Supreme Court upheld the long-standing separation of vaginal sex from other forms of sex-based on the misguided idea that if pregnancy occurred, placing the father on the sex-offender list could ruin his chances of providing for his family. The extreme of the scenario would be an 18-year-old man with a 17-year-old girlfriend.

Wiener's bill, however, is not so straightforward. He argues all forms of sex should be treated equally under the law.

WHAT WE WOULD LIKE TO POINT OUT IS THAT, WHILE YOU, DEAR READER, THINKS THIS WILL NEVER HAPPEN. NO JUDGE OR PUBLIC WILL EVER ACCEPT THIS MOVE TO OPEN THE DOOR TO LEGAL CHILD RAPE

BUT WEINER AND HIS SUPPORTERS HAVE A WEAPON TO DEFEAT THE OBJECTORS ........... IT IS "LABELING".

NOTE THE FOLLOWING HEADLINES IN LEFTIST MEDIA OUTLETS SCREAMING  "HOMOPHOBES", "ANTI-SEMITES" and especially, "CONSPIRACY THEORISTS". THIS TACTIC HAS PROVEN SUCCESSFUL WITH OTHER ISSUES WHERE THE LEFT, OR VESTED INTERESTS, STIFLE DEBATE AND OPINIONS THEY DO NOT LIKE. BY DOING THIS, THE LEGACY MEDIA BECOMES VERY RELUCTANT TO PROMULGATE THE CASE OF THE SO-CALLED "NUTTERS", EQUATING THEM TO FLAT EARTHERS. 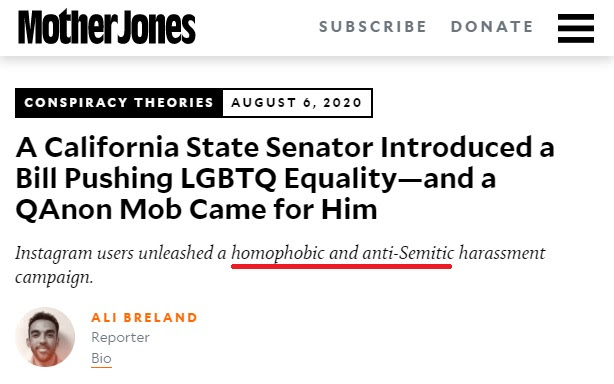 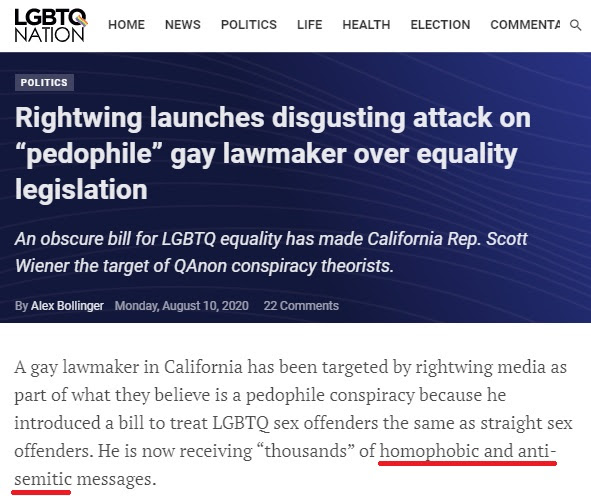 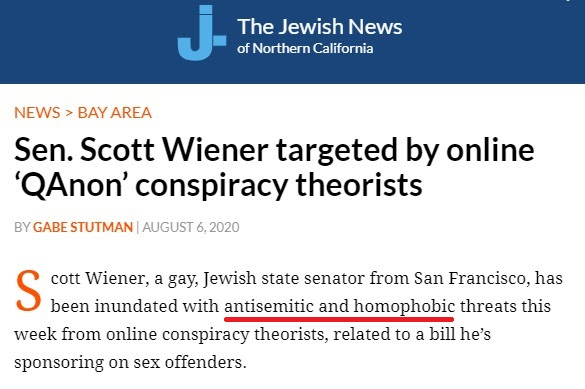