MICHAEL OBAMA and HIS GAY HUSBAND 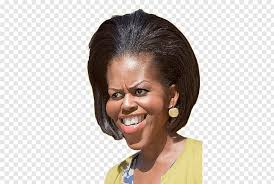 A comment from one of the contributors to the site - Fellowship Of The Minds ......


When Dr. Eowyn first covered this story, I thought it might be a bridge too far, too hard to believe.

“Cognitive dissonance,” that’s what made me hold back from it. It was just too outrageous. How could anyone think such a thing in the plain light of day?


But here, in 2020, it keeps going, and gaining momentum. It hasn’t gone away. And the other outrages since then have made it almost seem normal for a president to be gay with a transgender husband. Other outrages include crisis actors, all 57 genders, Adrenochrome and the Lolita Express, Anthony’s Weiner, the most powerful men in the world gathered each summer for a gay boys camp at Bohemian Grove. So a Mr. and Mr. Obama have (sadly) become thinkable. (Perhaps Joan Rivers didn’t have to be silenced after all.) So then the DNC’s seeming franchise of Murder Incorporated seems plausible, too! Like the infamous Clinton “Arkanas Flu,” there is a trail of mysterious deaths leading back to Obama, and the coverup of his lifestyle.
When I first came onboard with FOTM, I had no idea how much I was going to be challenged to rethink my presumptions. This is one of those things. Dr. Eowyn has taken some heavy criticism for her bold reporting of things which might seem inconceivable. And yet, the longer I have known her the more I trust her judgement. Bravo Dr. Eowyn!
~ ♞ Trail Dust
NOW, FROM ME .........
FOR ME, A SCEPTIC, I HAVE GREAT RESPECT FOR Dr. EOWYN'S RESEARCH ON MANY ISSUES AND HAVE FOUND SOME OF HER SPECULATIONS CONCLUSIVE. ON THIS TOPIC OF BARRACK AND MICHELLE OBAMA, I PRESENT THIS VIDEO ALONG WITH THE LINKS TO VARIOUS POSTS ON FOTM WHICH PROVIDE FURTHER EVIDENCE.


For readers unfamiliar with what FOTM has posted on Mooch being a pre-operation transgender, here are the relevant posts:
~Eowyn