WE CAN REPORT ON BOTH CASES HERE.

First is a video on the Pakistani rapists with some info on the Westminster case.
Secondly, a report from researcher, Cathy Fox, with links to the actual Westminster Report.

Posted on 2020, February, 25 by cathy fox blog on Child Abuse
IICSA have released their 153 page report into Allegations of child sexual abuse linked to Westminster, with 20 pages of Annexes. Westminster for those that do not know is where Members of Parliament meet. So this is an important report into Government and MP child abuse which has been covered up for decades.
Pdf download available from cathyfoxblog [1] or direct from IICSA [2]
I have not read it yet, so will not comment, but reproduce it here as ..
Hence misleading headlines like this, and of course no link to source report. Article by chief propagandist from the Mail, Martin Robinson, if that is even the name of a real person.
Mail £118m child sex abuse inquiry finds no evidence of Westminster paedophile network at the heart of government despite Tom Watson’s 2012 claims from Nick the Fantasist [3]
Shameful, but these people appear to have no shame and pocket large salaries to do the bidding of their paymasters, whether that be foreign based millionaire and billionaire owners or the inaptly names “intelligence services”, as part of Mockingbird.
The Independent has more accurate headline but of course no link to the source document. Independent Westminster child sex abuse: Senior police and politicians knew about widespread paedophilia but ‘turned a blind eye to it’, inquiry finds [4]
More balanced but again no link to source report Mirror Westminster child sex abuse report gives damning verdict on decades of cover-up [5]
Again no link to the source report, why is this not important? – Guardian Police and politicians ‘turned blind eye’ to Westminster child abuse claims [7]

IICSA tweets state
Our #WestminsterReport, released today, makes clear that Westminster has had major problems in its responses to the sexual abuse of children. Institutions must learn from past mistakes in order to better protect children in future.
The investigation launched following major concerns about #Westminster institutions’ handling of allegations of child sexual abuse. A consistent pattern of deference towards people of public prominence emerged, with political status repeatedly valued above children’s welfare.

I have no doubt that IICSA by the nature of its structure, personnel and the Home Office secretariat, have not got the bottom of the extent of the abuse or the cover up, but at least it is a start, and exposes Boris Johnson Prime Ministers ignorant comments that police spending on child sexual abuse investigations was “spaffed up a wall”, which not only was incorrect, but doubly disgusting as he used a sexual reference to masturbating to make his point. Mirror Boris Johnson says spending on child sex abuse investigation ‘spaffed up a wall’ [8]
Talk is cheap, we shall see what action is taken and what other documents IICSA publishes.

[5] 2020 Feb 25 Mirror Westminster child sex abuse report gives damning verdict on decades of cover-up https://web.archive.org/web/20200225134239/https://www.mirror.co.uk/news/politics/breaking-westminster-child-sex-abuse-21572759?utm_source=twitter.com&utm_medium=social&utm_campaign=sharebar
[6] 2016 Dorset Eye Margaret Thatcher, William Hague, Leon Brittan, Dolphin Square, North Wales and the VIP child abuse connection https://dorseteye.com/margaret-thatcher-william-hague-leon-brittan-dolphin-square-north-wales-and-the-vip-child-abuse-connection/
[7] 2020 feb 25 Guardian Police and politicians ‘turned blind eye’ to Westminster child abuse claims https://web.archive.org/save/https://www.theguardian.com/uk-news/2020/feb/25/police-and-politicians-turned-blind-eye-to-westminster-child-abuse-claims-report
[8] 2019 Mar 13 Mirror Boris Johnson says spending on child sex abuse investigation ‘spaffed up a wall’ https://web.archive.org/web/20190330060133/https://www.mirror.co.uk/news/politics/boris-johnson-says-spending-child-14127681 police spending on child sexual abuse investigations was “spaffed up a wall”.
I only post on Twitter at present, if you have found this post useful, please post on other social media – facebook, instagram, pinterest, gab – whichever ones you are on. This is most helpful to spread the information. The people who do this are essential. Thankyou.
Posted by namnow on February 27, 2020 No comments:

I COULDN'T RESIST THE FACETIOUS HEADING but I think it deserved it when you read this from Family Voice Australia. 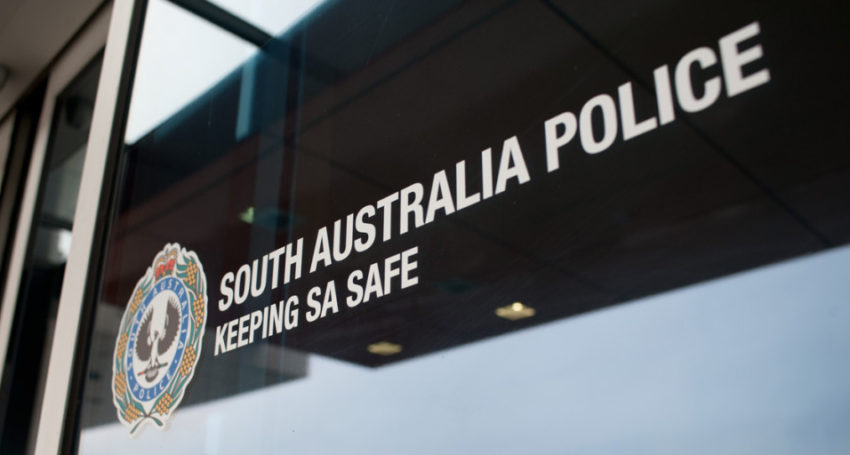 In a remarkable incursion by South Australian Police into a matter of public policy, a senior officer has recommended legalising euthanasia.
The proposal issued by Assistant Commissioner Scott Duval provoked a sharp rebuttal from FamilyVoice Australia State Director David d’Lima.
“We sympathise enormously with police who must investigate instances of attempted or completed suicide, but it beggars belief that senior officers would therefore recommend legalising euthanasia.”
David d’Lima said the laws of Parliament should promote the common good and not deal with limited instances.
“While the reported claim of about twenty suicides of terminally ill people each year is twenty too many, it does not warrant any change in legislation.”
He also warned that the proposal, if heeded by Parliament, could make matters worse.
“Since general suicide rates tend to increase in the jurisdictions that have legalised euthanasia, the ordinary copper can expect to attend more suicides if MPs heed this most unwise recommendation of the brass.”

DAN HAS A PLAN TO FIGHT THE RIGHT

SOCIALIST PREMIER OF VICTORIA, DAN ANDREWS, has ruled that students must be taught about the crimes of those socialists from 80 years ago, the National Socialist Party of Germany, known as Nazis, of whom none exist today. Ironic. This follows warnings from the Australian Intel agency about those on the other side of the political spectrum - the right, of whom a few are far right and possibly outnumbered by their opposites on the far left, of whom there are many and constantly involved in violence and public demonstrations and disruptions to the rightful concourse of citizens.

Possibly no other genocidal crime is more remembered than the Holocaust and puts other horrors in the shade for memorialising, even though it was not the worst. Perhaps the premier could organize a bridge march to close the gap, or set aside a 'Sorry Day' with a plan for some sort of recompence. I can only guess that the thousands of students in Muslim schools will miss out on this experience. And one has to wonder if Victorian teachers actually know the similarities of the old Nazi Left to today's Left. It's quite obvious that the extreme leftists known as Antifa certainly don't know what a Nazi is.

Read more details at this link which contains a bonus film of the event........


Sydney gives her view on this deviant trend. [Not happy with the Disney sweater, Syd].


WHAT'S THE TRUTH CONCERNING THE VIRUS?  We don't know because the spy we implanted in the Wuhan virological laboratory suddnely died. BUT, we have heard every theory under the sun, as you have. Jokes aside, we are blogging on this subject - not because we know the truth - but because facebook and other platforms will NOT allow opinions, other than those of the zeitgeist promulgated by the media, our governments and official bodies like the WHO. Why not? Do they have something to hide?

Theories and opinions being bandied about in the underground media suggest a number of theories.
E.G. * The virus was stolen from North America labs by the Chinese.
.       * It was weaponised to spread and be sprayed to deplete the population.
.       * It was contracted from bats [in the belfry].
.       * It was developed to necessitate a vaccine which would either make developers rich, or
.       * the vaccines would either kill us or make us compliant.
.       * The virus was a genuine research project which accidentally escaped from Wuhan labs, or
.       * was released deliberately for the purpose of ........ [ theory 1,2,3,4,etc].
.       * A typical Hegelian plot of Thesis, Antithesis, Synthesis, or Action, Reaction, Solution.
.       * Just one of those things - She'll be right, mate.
.       * Somewhat over-hyped false flag and no worse than any other malady such as the 'flu.

While we are entitled to hear the myriad of opinions, some expert, some common sense, some conspiratorial, and to make of them what we will, we are not permitted to do that in the media or on SM platforms. Hence, this blog [among the many]. TODAY, WE BRING YOU OPINIONS ON THE LAST THEORY ONLY .......... That the scare is rather overdone for some nefarious purpose, and the coronavirus is no worse than normal outbreaks of known viruses. We present 3 articles on this particular theory, two Aussies, Adam Piggott and TOTT NEWS, then the Nth. American, Jon Rappoport [who can be checked out for his preceding 14 articles on the subject].

Risk, randomness and the plague.

By Adam
Comments 2
Just a quick Thursday post as I have a rather busy day today. On the subject of prepping I have never been a big fan. I also think that the Corona virus is more fear-mongering than anything else, specifically designed to crash the US economy in time for the November election.
However, I am also a dedicated student of risk and its inherent randomness in the real world sense, not in an academic capacity. So all things considered you might want to buy a few more groceries this week.

It's a yuuuge mystery that academics who deal w/risk, "rationality", subforecasting & superforecasting fail to get it.