THE BLM MOVEMENT IS A MUSLIM BROTHERHOOD REVOLUTION

THE CURRENT CULTURAL REVOLUTION SPARKED BY THE DEATH OF GEORGE FLOYD IS THE ATTEMPTED OVERTHROW OF LIBERAL DEMOCRACY IN THE U.S. AND THOUGHOUT THE WEST. THIS ATTEMPTED COUP HAS MANY PLAYERS USING THE BLM MOVEMENT TO ACHIEVE THE AIMS OF THE VARIOUS PLAYERS INVOLVED.
WHO ARE THEY?
There are three religions which aim for world domination and a few political and ideological movements. Of the religions - Islam, Judaism and Christianity - Christianity represents no danger to democracy. No proof is needed to be presented here that Islam aims at world domination. As for Judaism, too few realize that this faith system has its orders in the Tanach and Talmud, but more dangerously is tied to Communism historically through Bolshevism. Communism itself is the political entity most threatening to our democracy and Western way of life and through the BLM's ties with ANTIFA theyare the front line militia of both Communism and fascism, seeking total control, the destruction of capitalism and the introduction of globalist rule to destroy sovereignty. Also on side with the BLM activists are a host of others which are more virtue signalers than political usurpers such as corporations and businesses, the glitterati, various "ordinary" organizations, religious do-gooders of all stripes, politicians and the like. Additionally, the Tech Giants and the Media are in a somewhat separate class. While on board with the whole BLM movement, and inclined strongly towards leftist ideology, they would be the first to scream blue murder if this cultural Marxist revolution succeeds even though are the very entities censoring free speech and reviving book-burning.
HAVING SAID ALL THAT, POINTING OUT THE VARIOUS SYMPATHIZERS AND UTILIZERS OF BLM, WHAT IS NOT BEING RECOGNIZED AMONG THESE INFLUENCERS AND ACTIVISTS IS ISLAM'S MUSLIM BROTHERHOOD. Just lately there have been a few vloggers and commentators who believe that they have just discovered this element. They haven't been keeping abreast of developments. The BLM is only a few years old but its predecessors, the Black Bloc and the Nation Of Islam have been around for a long time and both have a nexus of Black Islam. My recent blog post addressed the fallacious attempt of the Islamists to suggest that they are anti-racist, anti-slavery and at one with the colored races. [https://www.righttospeakout.com/2020/06/islam-and-black-lives-matter-what-would.html] Besides, Islam intends world domination, BLM or no BLM as per another recent blog which makes that claim [https://www.righttospeakout.com/2020/06/hizb-ut-tahrir-calls-for-islamic-rule.html].
SO THEN, LET US SEE WHAT WAS SAID AT A CAIR [MB] CONFERENCE 4 YEARS AGO [esp. at the 5 min mark and on].........
NOW, FROM "THE TRIBUNE PAPERS" OF 2016.........
The face of the Muslim Brotherhood is deceptively moderate as a matter of strategy, but the deeper reality is that they are ruthless jihadists cloaked in business and political campaign attire. In 2004, the FBI documented Muslim Brotherhood plans to destroy American culture, overthrow the U.S. government, and impose Sharia Law on the American people. In the U.S. and Canada, the Muslim Brotherhood operates through numerous front organizations, but they also have their military and terrorist arms like Hamas, al-Qaeda, and now ISIS. One of the most prominent front organizations for propaganda, money laundering, and public relations is the Council for American-Islamic Relations (CAIR), which was named as a conspirator in funneling financial aid to Hamas terrorists in a late 2008 trial. They have, however, never been officially indicted, possibly for political reasons. The Muslim Brotherhood had considerable influence on the G.W. Bush Administration and has thoroughly infiltrated the Obama Administration by invitation.

In a December 2015 speech to the Muslim American Society (MAS) and the Islamic Circle of North America (ICNA), Nihad Awad, the Executive Director of CAIR, urged American Muslims to support the cause of Black Lives Matter, saying:

At the same event, MAS leader, Khalilah Sabra urged “revolution” and compared the situation in the U.S. to the MB-led Arab Spring revolutions in Egypt, Libya, Tunisia, and Syria. She made the following disturbing remarks:

“We are the community that staged a revolution across the world; if we can do that, why can’t we have that revolution in America?”

A SIMILAR PIECE WAS WRITTEN BY THE EXPERT DR. Wm. KILPATRICK WHICH I WOULD RECOMMEND. IN PART SAYING ........"Do CAIR and other activist groups merely want to support Black Lives Matter, or do they hope to recruit blacks to their own cause? In 2014, ISIS used the protests and clashes in Ferguson, Missouri as an opportunity to attempt to recruit blacks to radical Islam. But ISIS is a known terrorist organization while CAIR, despite its shady history, is considered by many to be a moderate, mainstream Muslim organization.
Read it all here....  https://www.crisismagazine.com/2016/islam-revolution-black-lives-matter

SO THERE'S A LITTLE HISTORY OF THE BLM-ISLAM MUSLIM BROTHERHOOD CONNECTION. BUT WHAT ABOUT NOW.?
I PRESENT TWO SHORT VIDEOS; FIRST is an imam seemingly inciting violent insurrection by the BLM but this will obviously entail other players, meaning of course ANTIFA. What does a supposedly organic protest by blacks against police action have to do with an imam preaching to his Muslim followers? The answer is that this is not organic but planned and the Brotherhood is seizing an opportunity. SECOND is even more ominous and downright scary where George Webb talks about weapons and involving the AG of Minnesota, Keith Ellison, well known for his support of the Muslim Brotherhood. Yes, this is punditry and supposition to some extent but Webb is in the know and has privileged sources. Readers can check his lead-in vlogs to this one if the thread is hard to follow. I leave you with them .......
[It seems I can only load the link address for the imam's video at this stage as it may have been taken down by YouTube. https://youtu.be/-HVxtVmQepA].
I will return later to check if this video can upload. Should this not work I will leave you with this link to an article on him which includes both the video and the text of his talk. It is from Jihad Watch site here>
https://www.jihadwatch.org/2020/06/philadelphia-muslim-cleric-says-demonstrations-are-useless-fighting-and-bloodshed-are-needed?utm_source=newsletter&utm_medium=email&utm_campaign=the_2020_06_11_jihad_watch_daily_digest&utm_term=2020-06-11
George Webb below........
------
Posted by namnow on June 11, 2020 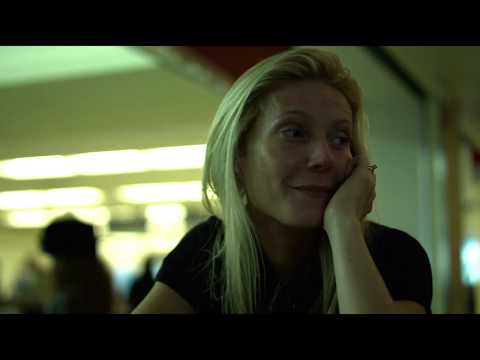