THE BLM AND LGBT+ NEXUS

Our previous post presented evidence of ideological groups that work with the BLM movement and activists, specifically we indicted the Muslim Brotherhood. This re-post from Mass Resistance highlights that the LGBT revolution is also part and parcel of BLM. All such leftist organisations work on the reversal of truth and reality as displayed by Orwell's 1984 - what's good is evil, what's evil is good. In our current milieu it is: Racists [BLM] are anti-racist, Antifa is anti-fascist, a woman can be a man, two men can have a valid marriage, and 2+2=5.
-----------

A violent Marxist-Leninist group at its core. Its goals are ultimately destructive to blacks. 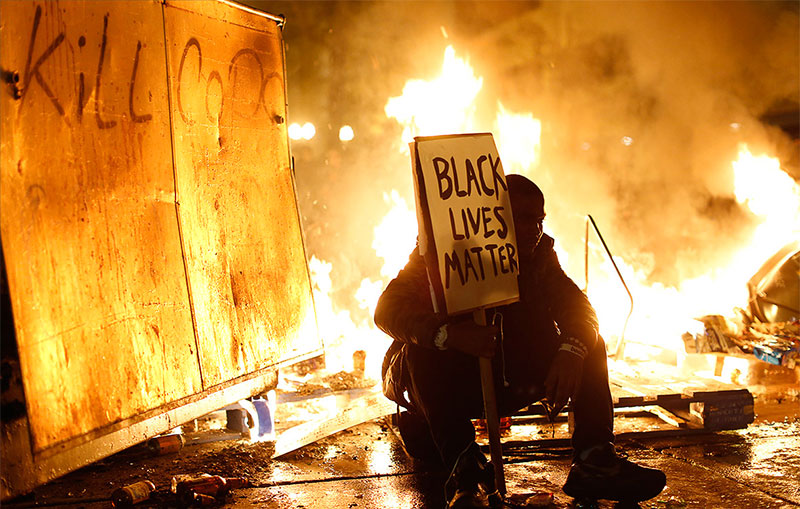 When “Black Lives Matter” was born in the ashes of the riots in Ferguson, Missouri, in 2014, they were rightly considered a fringe group by most Americans. Violence has always been part of their mantra. Particularly repulsive was their call in public marches for the murder of police officers (“Pigs in a blanket, fry ‘em like bacon!” and “What do we want? Dead cops. When do we want it? Now!”) They are loudly and unapologetically racist. All of this was quite out in the open. 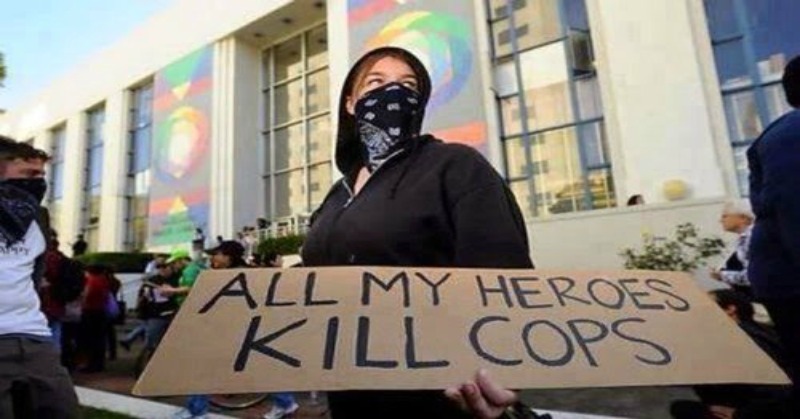 The BLM activists do not try to hide their beliefs.

But they were embraced early on by the Obama administration. BLM people visited the White House numerous times. They began to receive enormous funding from corporations, left-wing foundations, and likely government sources. In 2017, the National Football League announced they were donating $100 million to “social justice organizations.” Much of that money appears to have gone directly to BLM or its front groups.

Enormous money buys huge organizing power. Soon BLM clubs or programs were in public schools across America and promoted by the National Education Association. The group has become prominent in left-wing churches everywhere. 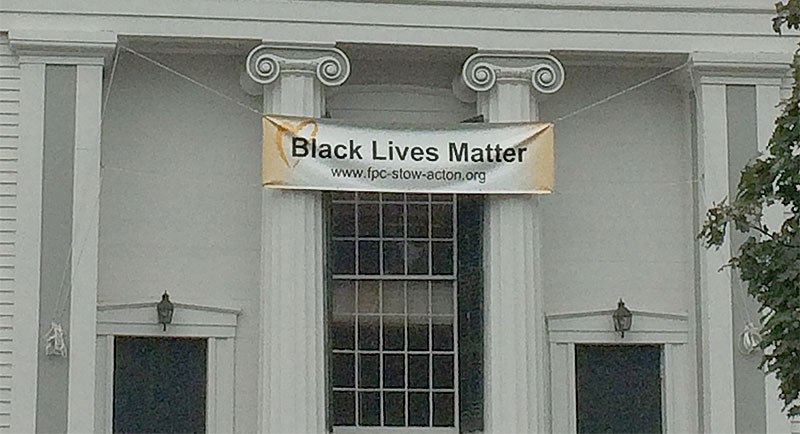 A liberal church in a very white town in suburban Boston.

They do not hide their anti-family and anti-Christian goals. This is from the “What We Believe” page on the Black Lives Matters website:

We are unapologetically Black in our positioning….

We are guided by the fact that all Black lives matter, regardless of actual or perceived sexual identity, gender identity, gender expression, economic status, ability, disability, religious beliefs or disbeliefs, immigration status, or location.

We make space for transgender brothers and sisters to participate and lead.

We are self-reflexive and do the work required to dismantle cisgender privilege and uplift Black trans folk, especially Black trans women [men] who continue to be disproportionately impacted by trans-antagonistic violence….

We make our spaces family-friendly and enable parents to fully participate with their children. We dismantle the patriarchal practice that requires mothers to work “double shifts” so that they can mother in private even as they participate in public justice work.

We disrupt the Western-prescribed nuclear family structure requirement by supporting each other as extended families and “villages” that collectively care for one another, especially our children, to the degree that mothers, parents, and children are comfortable.

We foster a queer‐affirming network. When we gather, we do so with the intention of freeing ourselves from the tight grip of heteronormative thinking, or rather, the belief that all in the world are heterosexual (unless s/he or they disclose otherwise). 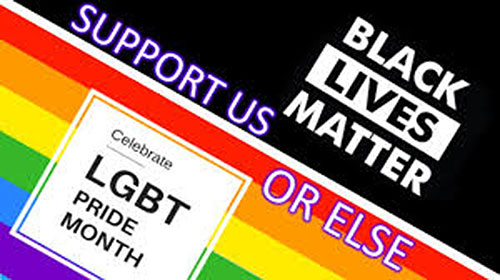 Their real concerns are all destructive.

That’s because the BLM leaders don’t truly care about the welfare of blacks. As David Horowitz has documented, Black Lives Matter is basically a Marxist-Leninist organization, founded by self-styled communists, that uses black suffering as a prop for its larger goals. The group was formed from a staged riot meant to destroy the physical and economic community, and inflame racist hysteria, and continue along that path.

Their violence, disruption, and intimidation tactics are reminiscent of the Nazi Brownshirts, the true original fascists. And they have vast legal resources to litigate government entities that get in their way and defend the criminal actions of their activists.

Black Lives Matter has many similarities to the national LGBT movement: The LGBT movement also uses false narratives (homosexuality is genetic, so-called “LGBT kids” are extremely unsafe at school, etc.) to push their larger agenda. They require allegiance from everyone. They use anger, threats, and intimidation to keep people in line (including getting people fired from their jobs). They do not tolerate any actual critical debate on their dogma. And, of course, their agenda is very obviously destructive to society at large. So it’s not surprising that BLM and LGBT activists are strongly allied. 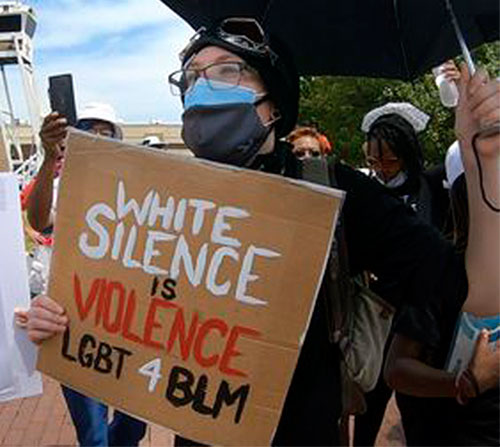 Over the past few weeks, large numbers of people have gathered in public (ignoring COVID-19 health directives) to wave signs, shout, and declare their personal bond with Black Lives Matter. It seems maniacal, even satanic.

And that’s just the start. Public officials have declared their allegiance to BLM. Police departments have joined in the support of BLM by kneeling at the feet of the BLM protesters. Corporations large and small have broadcast their support, promised donations, and fired employees who have not shown sufficient homage to the BLM movement. 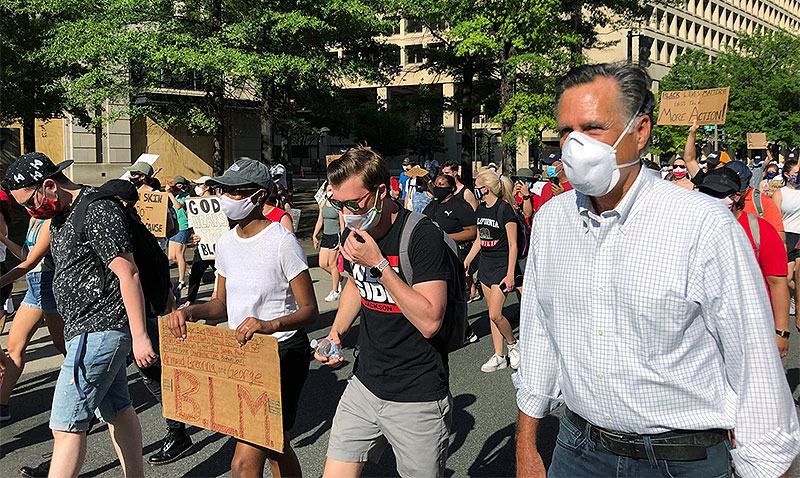 Yet, at the same time, millions of Americans are not doing this and are shocked and outraged at those who are. And it frightens them. It reminds people of the Nazi era in Europe and the Cultural Revolution in China. 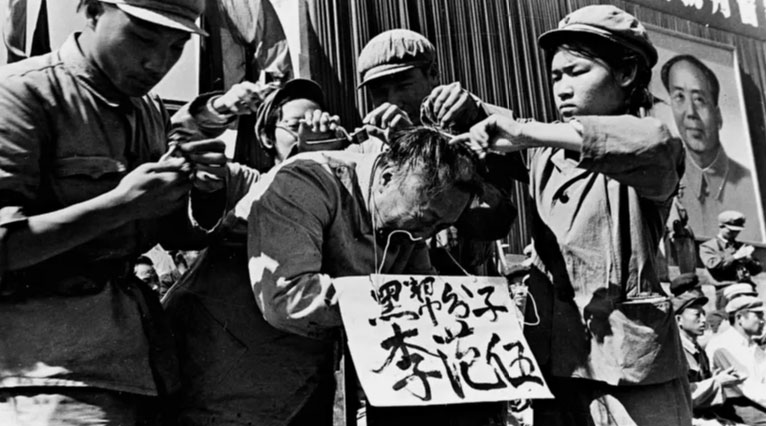 A Red Guard youth forces a public official to humiliate himself during the Chinese Cultural Revolution in the 1960s. It's already starting to happen here.

What is going on?

There is a tendency to believe that the people doing this, particularly students and young adults, are simply misguided victims of too much liberal propaganda. They just need to hear the facts properly. After all, they seem like normal people otherwise.

But that is a dangerous assumption. Our experience over the last few decades dealing with the flood of rabid “LGBT allies” across America belies that.

Let’s start with a different premise. If you follow bad ideas and take action to support them, you are guilty of a crime against your fellow citizens.

The Nuremberg Trials after World War II, which prosecuted the murderous perpetrators of the Nazi death camps, established a definitive standard of human behavior. Simply put, people who do things that are obviously bad are bad people and are criminally guilty. They have no justification. They cannot claim that in participating in clearly heinous activities they were “just following orders” or were caught up in the frenzy, or were lured in by deceptive ideas. There may be some individual mitigating circumstances. But the Nuremberg principles set an important standard for all civilization. Bad deeds themselves demand a guilty sentence.

Anyone who gets involved with “Black Lives Matter” in any way is exposed to a range of things that BLM is quite open about: The BLM arguments are wildly irrational and are at odds with observable fact (e.g., all white people are racist). Their core ideas (see above) are very radical and socially destructive. They have no problem with violence. They are relentlessly angry. They never talk about the things that would actually help black people. All one has to do is read their website, which clearly lists their hideous goals.

White liberals and others willfully choose to ignore these things. They want to feel good and appear “virtuous” to those around them. If you try to discuss with them the obvious problems with Black Lives Matter, they get very angry, tune you out, and direct their hostility against you. We saw the same thing with the liberal LGBT “allies.” It’s perplexing because it’s not how normal people react. They are helping the BLM thugs tear apart America, but they’re too caught up in their own self-centered emotions to care about that.

How to deal with it?

Unfortunately, most of the conservative movement, and particularly the Republican Party, has no stomach to personally confront this, besides posting exhaustive commentaries and podcasts. When not simply milquetoast “analysis” pieces, these can be valuable in educating our side, which would otherwise be at the mercy of the mainstream media for information and perspective.

But we believe that all good people need to do more. They need to stand against this in whatever way they can. This is especially important at a time like now when it seems like much of America is losing its mind, and the attacks on normal society are escalating by the day.