ISLAM AND BLACK LIVES MATTER...... WHAT WOULD MOHAMMED THINK? 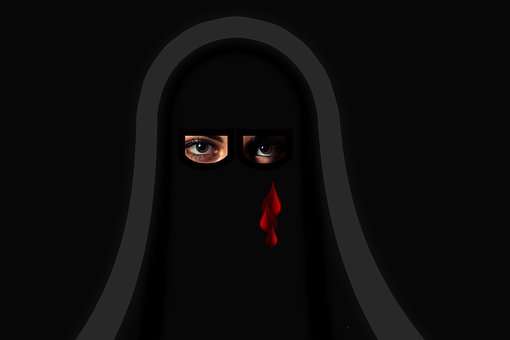 We subscribe to Islamic sites to keep a finger on that pulse just as we subscribe to many prog-lib, Democrat, left-wing and anarchist sources. This landed in my inbox today. It's a video from an Imam in praise and solidarity with the perennially oppressed black people - the forever oppressed [by whites of course], but never by Islam. We shall see about that a little later.

Here is what Muhammad thought about black women, according to Dr. David Wood [4min].

--------
I wonder if the black Muslims of either America or Africa know what Islam's Arabs actually think of them. It ain't very complimentary. In fact Arabic Muslims think they are a bit of a joke. Here is an excerpt from an Al Jazeera article ........


During the holy month of Ramadan, Muslims are meant to abstain from food, drinks, smoking, sexual activity and offensive language. Understandably, during this month, TV broadcasters across the Arab world tend to tone down programming and promote more family-friendly content.
Yet year after year, racist mockery and derogatory language against Afro/black Arabs and black African migrants make it to the TV screens of millions of Arab families gathered to enjoy TV series produced especially for Ramadan.
This year's Ramadan TV content failed to "disappoint" in this regard.
The Egyptian comedy series "Azmi we Ashgan" (Azmi and Ashgan) created by controversial Egyptian producer Ahmed el-Sobki, featured the lead actors donning blackface repeatedly throughout the series, as well as the use of racist language (including the use of the n-word) and the portrayal of black people as servants who speak in broken Arabic and practise sorcery.
The Kuwaiti comedy series "Block Ghashmara" (The block of jokes), on the other hand, dedicated a whole episode to actors in blackface portraying Sudanese people as lazy and cynical.
Despite the outrage on social media, the film crews behind the TV series defended themselves.
Ahmed Mohy, the scriptwriter of "Azmi we Ashgan," downplayed the racial slurs in his show, said on Twitter that "[the team] do not aim at insulting part of the Egyptian people, because we are all one people".
On Instagram, the Kuwaiti actor Hassan al-Ballam, who starred in the controversial Block Ghashmara episode, apologised, but said that the criticism against him was exaggerated and that he was "misunderstood".
These exchanges and criticism, however, were limited to social media and as in the past, failed to produce a bigger society-wide discussion. This is hardly surprising given that racism in Arab popular culture and in Arab cinema, in particular, is pervasive and there seems to be little interest in the Arab society to change that.

WE SHOULD UNDERSTAND WHERE COLOR AND RACE STAND IN RELATION TO CHRISTIANITY COMPARED TO ISLAM. Here is an explanatory excerpt from Unleashing The Beast, by Perry F. Stone ....

The slave history of Islam and black African slaves is too well known to repeat here - events in history for which white Imperialists are solely blamed.

BUT LET'S CHECK OUT THE ISLAMIC SCRIPTURES THEMSELVES ..........
[This is a screenshot from Daniel Pipes' site, Middle East Forum]


I LEAVE THIS WITH YOU, FRIENDS, READERS AND BLACK MUSLIMS. SOMETHING TO CONSIDER BEFORE FALLING FOR THE PATRONIZING ISLAMIST VIEW TOWARDS  BLACK MUSLIMS AND BLM.
For further research, those interested may like to look into the NATION OF ISLAM, and Louis Farrakhan. [Mohammed Ali used to be a member of this extremist organization but did leave].
https://en.wikipedia.org/wiki/Louis_Farrakhan. ENJOY THE RIDE.
--------
----------
Posted by namnow on June 04, 2020