BEDLAM HAS ARRIVED AND NO ONE IS DOING ANYTHING

THE FOLLOWING IS Dr. WILLIAM BRIGGS' TAKE ON THE EVENTS UNFOLDING IN THE U.S. AND AROUND THE WESTERN WORLD. SOMETHING EVIL THIS WAY HAS COME.......

by BriggsPosted on June 11, 2020
Insurrectionists in Seattle have created an “autonomous zone”. Many laugh about this. They shouldn’t.
The sniveling fools in official charge of that city—those that are not actively complicit in the insurrection, that is—surrendered instantly. The Governor, in the most brazen lie of a politician to date, claimed he hadn’t even heard of the insurrection. The mayor had porta potties brought in so that if they could, the outlaws would have somewhere to drop what remains of their souls.
It’s only “if” because not much physically is left of them. They ran out of food at once, whining that the homeless ate their supply, and put out a call for soy. That’s not a tease. They wanted soy, not meat.
They already have a warlord. We’ll know he’s serious if he eats his enemies’ livers. Don’t scoff. His enforcer looks mean and hungry enough.
The insurrectionists put up a wall as a first order of business. Boomer jokes arose: “Oh, so they do support a wall.” I say that we reinforce the wall, but quick, with concrete and razor wire and allow no one out, lest the infection spread.
The past is being re-written in real time, not just in the disunited States, but worldwide. The Confederacy is being treated as if it was an evil foreign invader. NASCAR barred Confederate battle flags from their events. I’d tell you not to support them, or any other entertainment complex, because support only feeds the beast that hates you, but you won’t listen. An unimpeachable majority prefer entertainment over freedom.
Nancy Pelosi, following a worldwide trend and fresh from kneeling to the new gods, called for the removal of Confederate statues in the Capitol. I give these one week. HBO already purged Gone With The Wind. The military continued the purge, even calling for renaming bases.
(Incidentally, to the remnant who still cares. If you think you own non-physical digital media, you do not. You license it. If you want to keep what you have, you must acquire physical copies. University librarians—pay attention—are pushing against archive. The Wayback Machine will disappear soon enough. Do not count on finding what you want online.)
Our leaders are complicit or cowards. Democrats are wetting their diapers in glee. The GOP is pretending it isn’t happening.


Yet as the left takes over, looting, rioting, murdering, forming states within states, the biggest problem the FBI sees is….white supremacists! “White supremacists and racist terrorists pose greatest risk of violence“. Meanwhile, NYC and DC are renaming and repainting streets in honor of the terrorists.
The media everywhere calls the riots “mostly peaceful protests”, to quote the BBC. At least 17 have mostly peacefully gone to early graves—so far.
I’m stealing this joke: the left shifted in twenty four hours from “We believe in Science!” to “Science is white supremacist!”
Purges and firings are happening everywhere for saying things like “All lives matter.” Major organizations are confessing to crimes they did not commit. Hard quotas are announced. Uber Eats says they won’t charge black businesses a fee. The Conservative Case For articles are on their way.
On and on.
What in the unholy Hell is going on? This has nothing to do with some lowlife meeting a fate anybody could have predicted.
This has to at least be a would-be color revolution—but it doesn’t explain the worldwide troubles. There isn’t any way this disgrace and rapid disintegration could have been planned, not by men.
Once it started, though, the US left saw the advantages of surrendering to the rabble. The thieving mob and discontented had no demands at first, other than gibs. The left pounced and gave them focus. Defund police and in their place Committees for Public Safety! Complete with thought patrols, an anti-reactionary twist.
The left is encouraging the festering and burning—while simultaneously telling law-abiding citizens to stay locked up because of coronadoom. Double the pain.
Some say this will all backfire, and that people will opt for LAW & ORDER (as Trump tweeted) in November. Maybe.
But most do not know what is happening. I had an interaction with a guy who exploded when I told him George Floyd was a porn actor and counterfeiter. He told me that this “could not possibly be true since [he] didn’t hear about it on the media.” I told him search for it, but don’t use Google, use Duck Duck Go, because Google censors results. That’s when he asked about my tinfoil hat.
This was a completely normal average guy. Like most, he only drinks from the Fountain of Propaganda. He won’t believe it’s bad until the knife is on his neck. Maybe not even then. Remember those two white boys who got rocks through their window from the rioting rabble? They cried “But we’re on your side!” They didn’t understand. They probably still don’t, excusing the rocks as mistaken identity.
All crises are spiritual, but this one has a different mood. Predictions of The End accompany tumult, as they do now, from sober sources.
I don’t know if they’re right, but the cultish behavior of the enemy cannot be ignored. Most extraordinary was Trump encouraging people to read the letter Archbishop “On The Run” Vigano sent to him. I’ll leave you with the opening:


In recent months we have been witnessing the formation of two opposing sides that I would call Biblical: the children of light and the children of darkness. The children of light constitute the most conspicuous part of humanity, while the children of darkness represent an absolute minority. And yet the former are the object of a sort of discrimination which places them in a situation of moral inferiority with respect to their adversaries, who often hold strategic positions in government, in politics, in the economy and in the media. In an apparently inexplicable way, the good are held hostage by the wicked and by those who help them either out of self-interest or fearfulness. 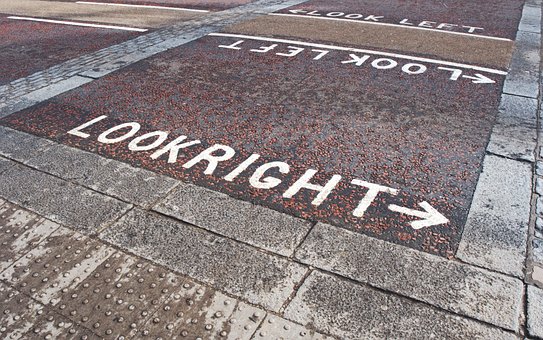