COVID VACCINE MAY BE UNAPPROVED 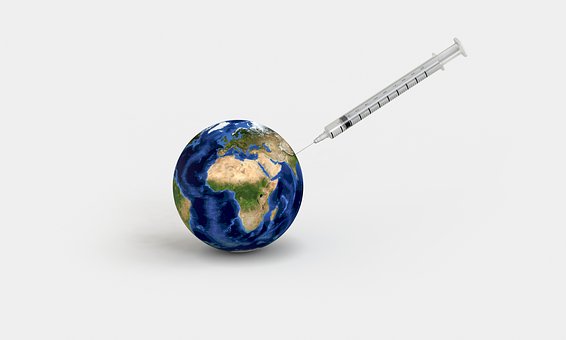 Globalization, automation, and inequality.
In April, Anthony Fauci, director of the US National Institute of Allergy and Infectious Disease (NIAID), said a coronavirus vaccine was “on track” to be distributed to the public in 12 to 18 months.
Compared to typical vaccine timelines, that estimate looks laughable. The rotavirus vaccine was approved after 26 years of testing, offers Paul Offit, director of the Vaccine Education Center at the Children’s Hospital of Philadelphia and co-creator of that vaccine. “Did it feel like a long time? No,” he says. “I thought we were going through the process as you should go through it.”
Even after a company submits evidence from years of clinical trials, it usually takes the US Food and Drug Administration (FDA) about a year to approve a vaccine. So to meet Fauci’s timeline, a vaccine would likely have to be released to the general public before it is formally approved.
The FDA’s approval process has already been circumvented in the rush to combat coronavirus. Both treatments and tests for Covid-19 have been granted emergency use authorization (EUA), which allow companies to distribute their products to patients based on the submission of limited validation data. And the FDA tells Quartz it would consider this authorization process for a coronavirus vaccine, too.
Offit, who is on the FDA vaccine advisory committee, is unequivocal: He does not expect a coronavirus vaccine to go through a traditional approval process before it’s widely used. But in order to balance safety with speed, an emergency-authorized vaccine will have to be deployed carefully. For guidance, researchers can look to another unapproved vaccine that was deployed in an emergency.

In 2014, as Ebola killed thousands of people across West Africa, an experimental vaccine was given to healthcare workers and their families in Liberia, Sierra Leone, and Guinea as part of phase two and three studies. In other words, the vaccine was being tested for efficacy as it was used in an emergency situation. On the basis of those studies, the vaccine was formally approved five years later, in 2019.
That strategy was considered a success. And some of the challenges faced in the Ebola trials’ execution could inform the deployment of an unapproved coronavirus vaccine.
Most of the Ebola vaccine studies were abandoned along the way: The epidemic died out before researchers could recruit enough participants. The one trial that did finish, in Guinea, used contact tracing among healthcare workers to identify people who were exposed, which allowed researchers to quickly recruit participants who were at high risk of infection. This allowed them to compare infection rates between those who got the vaccine versus placebo.
“It is not clear that we could use this strategy for Covid-19,” says Alex John London, director of the Center for Ethics and Policy at Carnegie Mellon University, since so many people with coronavirus are asymptomatic and spread it unknowingly. But several researchers believe a related strategy could work to test a coronavirus vaccine.
Stanley Plotkin, whose research contributed to the development of vaccines for rubella, rabies, and polio, says the FDA could allow a vaccine to be tested in the field among groups at high risk of exposure. Emergency use authorization could allow a vaccine to be distributed to healthcare workers, for example, and the use of vaccines within this population could be studied as part of a phase three trial.
This real-world testing could allow researchers to continue building up data as the vaccine is used. As evidence strengthens, the FDA could authorize the vaccine to be used on larger populations, until there’s eventually enough evidence for formal approval.

Still, there are many differences between the response to the coronavirus crisis and the Ebola outbreak. Researchers already had evidence that the Ebola vaccine was protective in humans, says London, and there was considerable safety data from phase one studies. Ebola vaccines had been in development for decades, whereas scientists first saw SARS-CoV-2, the coronavirus that causes Covid-19, last year.
That’s why, before a coronavirus vaccine can be distributed to at-risk populations, it first has to go through safety trials—albeit, much faster than normal.
Most vaccine trials would start with testing on animals, but standard lab mice aren’t susceptible to coronavirus. So several Covid-19 studies have proceeded straight to human trials, occasionally running mice studies in parallel. The first coronavirus vaccine study to start human testing injected the vaccine into mice on the same day it began enrolling human subjects.
Boston biotech company Moderna, which created the first coronavirus vaccine to begin human testing, doesn’t even have full phase one safety results yet, but today the FDA granted approval to move ahead to a phase two efficacy trial. Moderna now aims to start a phase three trial this summer. “Everything as a company we’re able to do, we’ve tried to do at lightning speed while keeping safety in mind,” says Ray Jordan, head of corporate affairs at Moderna.
Meanwhile, Oxford University researchers in the UK have launched an unusually huge phase one safety trial with 1,000 participants. They plan to launch a combined phase two and phase three trial next month with 5,000 participants. The scientists say their vaccine could be available by September, as long as it gets emergency authorization from British regulators.
These accelerated safety trials will be critical to control the distribution of a vaccine that’s given emergency authorization. The FDA has already authorized the use of Covid-19 treatments, but “the tradeoffs are different when talking about someone who’s infected versus someone who’s never been infected,” says Holly Fernandez Lynch, a medical ethics professor at the University of Pennsylvania. “It’s one thing to give a dying patient an unapproved drug to try and save them, and very different to give an unapproved vaccine to a healthy person.”
History provides plenty of reasons to be wary. In 1955, a hastily-approved polio vaccine contained live polio virus, which killed 10 children and created 200 cases of paralysis. In 1976, a swine flu vaccine created 10 cases of Guillain-Barré syndrome per million people vaccinated, killing 25 people. And occasionally, vaccines can create a more intense form of the illness they’re intended to protect against: In 2017, a vaccine against dengue fever was suspended in the Philippines, after it was discovered that, in rare cases, it increased the risk of severe infection among those who hadn’t been previously infected.

But compared to the death toll of Covid-19, those risks may be acceptable to regulators.
The FDA will only issue an emergency use authorization if several statutory requirements are met, including an assessment “that the known and potential benefits of a product outweigh the known and potential risks,” FDA spokesperson Michael Felberbaum wrote in an email to Quartz. “In the case of investigational vaccines being developed for the prevention of Covid-19, this assessment will be made on a case by case basis depending on the characteristics of the product, the preclinical and human clinical study data on the product, and the totality of the available scientific evidence relevant to the product.”
Jordan says Moderna knows its vaccine could be released under EUA. “That’s a tool within the regulatory framework,” he says. “We expect the FDA to look at risk-benefit tradeoffs. We have confidence that the regulators are very aware of the urgency and risks.”
Even after a vaccine has been formally approved, it still carries risks. “There’s no such thing as something that’s objectively safe,” says Lynch. “I challenge you to find any FDA product that doesn’t have warnings on its label.” Instead, she says, regulators have to decide whether a vaccine is “safe enough.”
Now, “safe enough” is relative to the thousands of people dying from the virus every week. Given that trend, Offit says it makes sense to distribute a vaccine ahead of approval. “As long as people are aware they’re now taking a product that has not been tested in the typical way,” he says.
In the Ebola trial in Guinea, participants signed informed consent documents after the researchers explained the vaccine’s potential risks, benefits, or lack thereof. Any distribution of an unapproved coronavirus vaccine would have to include similar transparency.
Then, the only thing to do is wait and hope for the best. As the father of modern vaccination Maurice Hilleman, who created dozens of vaccines for viruses including measles, mumps, meningitis, pneumonia, and rubella, used to say, “I never breathe a sigh of relief until the first 3 million doses are out there.”
Source: https://qz.com/1852835/fda-would-consider-releasing-an-unapproved-coronavirus-vaccine/
Posted by namnow on May 09, 2020