GET BACK TO NORMALITY OR INCREASE THE RISK OF DEATH 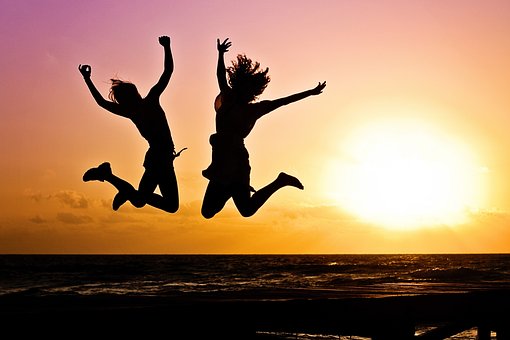 Viruses 101: How Overprotecting People from COVID 19 Could Make it More Lethal

By Brandon P. Reines
With heroic imagination rivalling Don Quixote’s, our hysterical health technocrats are stuck in a time capsule in the middle of World War 1 from which they battle the most terrible pathogen of all time -- the original H1N1 flu virus.  How else to explain why they have adopted precisely the public health tactics -- masking, social distancing, and quarantining -- that were used in 1918?
Our wildly anachronistic approach to COVID 19 notwithstanding, we have spent billions for research and know volumes more about viruses and immunity than we did a century ago.  The crime is that we the taxpaying public never received a proper education on the subject.  I realized that myself 20 years ago when I first read J. R. Paul’s A History of Poliomyelitis.   It quietly reveals that almost none of what we have learned in American public schools is even close to the truth.
More importantly, the deep knowledge of viruses garnered from studying both the original H1N1 flu and polio strongly implies that, if we continue to over-react and over-protect people from COVID 19, we risk turning it into a much more lethal virus.  In order to understand why I am so concerned about that, first let’s look at how the original flu virus turned into the worst killer the world has ever known, one which not only felled older people and those with weakened immunity, but people in the prime of life including older children and young adults:
1)   In general, viruses evolve with their human hosts to get what they need without killing us. Allowing us to survive actually benefits the virus -- they get to survive, too, and get passed to another human host.
2)   During WWI, millions of people globally were terrified, malnourished and immuno-suppressed.
3)   Soldiers lay in foxholes bleeding, coughing and vomiting on each other.
4)   In this chaotic situation, the flu virus could "get away with" becoming extremely lethal and kill the host soldiers -- because there were so many of them in close proximity -- the virus could spread to another soldier almost as easily from a dead soldier as from a live one.
5)    Having millions of people with weakened immunity allowed the flu virus to spread quickly and easily into new populations.
How did the H1N1 monster of 1918 become -- evolve into--the relatively meek flu viruses of today?  As the human population gradually recovered from WW1, the flu virus had to go back to the safety of peaceful coexistence with its human hosts, and to co-evolving with their immune systems in a way that would allow both species to survive.   The real polio story is similar:
Incredibly, from our modern “civilized” standpoint, and as David Shumway Jones recently reminded me, the polio virus was not dangerous until natural herd immunity was disrupted by modern sewerage systems which short-circuited usual fecal-oral natural immunization.
In his seminal book, J. R. Paul explains that polio had probably been living in human intestines for thousands of years, and was mainly a gastrointestinal or GI virus.  Only when the human-host-polio-virus balance was “upset” by children no longer putting their feces-contaminated hands in their mouths did polio evolve into a variant that started attacking the spinal cord.  Even so, in most families where one child was paralyzed, most had mild flu symptoms and fought it off. It was absolutely necessary to develop good vaccines, based on known natural routes of immunization. But you can't always develop a vaccine, as AIDS has shown, and you need to develop shrewd public health approaches to control new viruses, based on top notch immunological theory.
Our current everyone-stay-home approach is anything but enlightened by immunological theory.  Quite the opposite: As billions of people worldwide are currently in their homes, in close confinement, in situations of extreme fear and psychological distress, being told by their governments to go to the grocery store as rarely as possible, we are creating an environment which is more and more conducive for facilitating a virus with enhanced virulence in the future.  How are we doing this?
1)   Lowering everyone’s resistance to viruses by scaring, stressing, and discouraging them from normal activities including buying food and drink.
2)   Keeping everyone at home in effect creates just the immunosuppressive scenario that fosters flu during the winter time -- cold, close quarters and stress.
3)   Discouraging direct human contact including hugging and kissing, and directly loving one another suppresses immunity.  With social distancing, our species never would have made it this far.
4)   Preventing young people from being exposed to COVID 19 short circuits “herd immunity.”
In stark contrast to the quixotic fantasies driving our stay-at-home American approach, which sees all new viruses as equally terrifying, British health authorities are taking the more sober approach, one which is solidly based on contemporary virological, immunological and evolutionary biological theory: letting children go to school, to acquire COVID 19 and become naturally immune is absolutely the best way to assure that this new virus learns to peacefully coexist with we human beings.  Viruses have always been with us, and are part of our very genomes.
I have met few modern immunologists who believe, as Dr. Fauci does, that washing one’s hands 50 times a day is the best way to stay healthy.  At the Ghost lab at the Laboratory of Cellular and Molecular Immunology in the 2000s, we often discussed how over-cleanliness and over-protection from viruses and bacteria was a very poor public health approach: too much hand washing actually prevents normal development of the immune system, and leads to autoimmune and other immune-regulatory disturbances later in life.  That “hygiene hypothesis” is well known and well accepted by most immunologists.
Brandon P. Reines’s academic appointments include adjunct assistant professor, Department of Biomedical Informatics, University of Pittsburgh School of Medicine and Visiting Fellow, Department of Applied Mathematics, Australia National University
Posted by namnow on April 14, 2020