Covid-19 had us all fooled, but now we might have finally found its secret 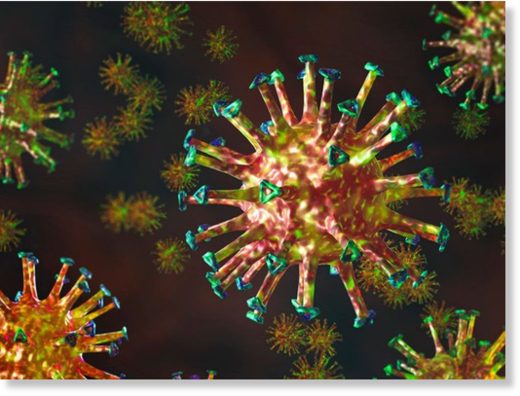 In the last 3-5 days, a mountain of anecdotal evidence has come out of NYC, Italy, Spain, etc. about COVID-19 and characteristics of patients who get seriously ill. It's not only piling up but now leading to a general field-level consensus backed up by a few previously little-known studies that we've had it all wrong the whole time. Well, a few had some things eerily correct (cough Trump cough), especially with Hydroxychloroquine with Azithromicin, but we'll get to that in a minute.

There is no 'pneumonia' nor ARDS. At least not the ARDS with established treatment protocols and procedures we're familiar with. Ventilators are not only the wrong solution, but high pressure intubation can actually wind up causing more damage than without, not to mention complications from tracheal scarring and ulcers given the duration of intubation often required... They may still have a use in the immediate future for patients too far to bring back with this newfound knowledge, but moving forward a new treatment protocol needs to be established so we stop treating patients for the wrong disease.

The past 48 hours or so have seen a huge revelation: COVID-19 causes prolonged and progressive hypoxia (starving your body of oxygen) by binding to the heme groups in hemoglobin in your red blood cells. People are simply desaturating (losing o2 in their blood), and that's what eventually leads to organ failures that kill them, not any form of ARDS or pneumonia. All the damage to the lungs you see in CT scans are from the release of oxidative iron from the hemes, this overwhelms the natural defenses against pulmonary oxidative stress and causes that nice, always-bilateral ground glass opacity in the lungs. Patients returning for re-hospitalization days or weeks after recovery suffering from apparent delayed post-hypoxic leukoencephalopathy strengthen the notion COVID-19 patients are suffering from hypoxia despite no signs of respiratory 'tire out' or fatigue.

Here's the breakdown of the whole process, including some ELI5-level cliff notes. Much has been simplified just to keep it digestible and layman-friendly.

Your red blood cells carry oxygen from your lungs to all your organs and the rest of your body. Red blood cells can do this thanks to hemoglobin, which is a protein consisting of four "hemes". Hemes have a special kind of iron ion, which is normally quite toxic in its free form, locked away in its center with a porphyrin acting as it's 'container'. In this way, the iron ion can be 'caged' and carried around safely by the hemoglobin, but used to bind to oxygen when it gets to your lungs.

When the red blood cell gets to the alveoli, or the little sacs in your lungs where all the gas exchange happens, that special little iron ion can flip between FE2+ and FE3+ states with electron exchange and bond to some oxygen, then it goes off on its little merry way to deliver o2 elsewhere.

Here's where COVID-19 comes in. Its glycoproteins bond to the heme, and in doing so that special and toxic oxidative iron ion is "disassociated" (released). It's basically let out of the cage and now freely roaming around on its own. This is bad for two reasons:

1) Without the iron ion, hemoglobin can no longer bind to oxygen. Once all the hemoglobin is impaired, the red blood cell is essentially turned into a Freightliner truck cab with no trailer and no ability to store its cargo.. it is useless and just running around with COVID-19 virus attached to its porphyrin. All these useless trucks running around not delivering oxygen is what starts to lead to desaturation, or watching the patient's spo2 levels drop. It is INCORRECT to assume traditional ARDS and in doing so, you're treating the WRONG DISEASE. Think of it a lot like carbon monoxide poisoning, in which CO is bound to the hemoglobin, making it unable to carry oxygen. In those cases, ventilators aren't treating the root cause; the patient's lungs aren't 'tiring out', they're pumping just fine. The red blood cells just can't carry o2, end of story. Only in this case, unlike CO poisoning in which eventually the CO can break off, the affected hemoglobin is permanently stripped of its ability to carry o2 because it has lost its iron ion. The body compensates for this lack of o2 carrying capacity and deliveries by having your kidneys release hormones like erythropoietin, which tell your bone marrow factories to ramp up production on new red blood cells with freshly made and fully functioning hemoglobin. This is the reason you find elevated hemoglobin and decreased blood oxygen saturation as one of the 3 primary indicators of whether the shit is about to hit the fan for a particular patient or not.

2) That little iron ion, along with millions of its friends released from other hemes, are now floating through your blood freely. As I mentioned before, this type of iron ion is highly reactive and causes oxidative damage. It turns out that this happens to a limited extent naturally in our bodies and we have cleanup & defense mechanisms to keep the balance. The lungs, in particular, have 3 primary defenses to maintain "iron homeostasis", 2 of which are in the alveoli, those little sacs in your lungs we talked about earlier. The first of the two are little macrophages that roam around and scavenge up any free radicals like this oxidative iron. The second is a lining on the walls (called the epithelial surface) which has a thin layer of fluid packed with high levels of antioxidant molecules.. things like abscorbic acid (AKA Vitamin C) among others. Well, this is usually good enough for naturally occurring rogue iron ions but with COVID-19 running rampant your body is now basically like a progressive state letting out all the prisoners out of the prisons... it's just too much iron and it begins to overwhelm your lungs' countermeasures, and thus begins the process of pulmonary oxidative stress. This leads to damage and inflammation, which leads to all that nasty stuff and damage you see in CT scans of COVID-19 patient lungs. Ever noticed how it's always bilateral? (both lungs at the same time) Pneumonia rarely ever does that, but COVID-19 does... EVERY. SINGLE. TIME.

Once your body is now running out of control, with all your oxygen trucks running around without any freight, and tons of this toxic form of iron floating around in your bloodstream, other defenses kick in. While your lungs are busy with all this oxidative stress they can't handle, your organs are being starved of o2 without their constant stream of deliveries from red blood cell's hemoglobin, and your liver is attempting to do its best to remove the iron and store it in its 'iron vault'. Only its getting overwhelmed too. It's starved for oxygen and fighting a losing battle from all your hemoglobin letting its iron free, and starts crying out "help, I'm taking damage!" by releasing an enzyme called alanine aminotransferase (ALT). BOOM, there is your second of 3 primary indicators of whether the shit is about to hit the fan for a particular patient or not.

Eventually, if the patient's immune system doesn't fight off the virus in time before their blood oxygen saturation drops too low, ventilator or no ventilator, organs start shutting down. No fuel, no work. The only way to even try to keep them going is max oxygen, even a hyperbaric chamber if one is available on 100% oxygen at multiple atmospheres of pressure, just to give what's left of their functioning hemoglobin a chance to carry enough o2 to the organs and keep them alive. Yeah we don't have nearly enough of those chambers, so some fresh red blood cells with normal hemoglobin in the form of a transfusion will have to do.

The core point being, treating patients with the iron ions stripped from their hemoglobin (rendering it abnormally nonfunctional) with ventilator intubation is futile, unless you're just hoping the patient's immune system will work its magic in time. The root of the illness needs to be addressed.

Best case scenario? Treatment regimen early, before symptoms progress too far. Hydroxychloroquine (more on that in a minute, I promise) with Azithromicin has shown fantastic, albeit critics keep mentioning 'anecdotal' to describe the mountain, promise and I'll explain why it does so well next. But forget straight-up plasma with antibodies, that might work early but if the patient is too far gone they'll need more. They'll need all the blood: antibodies and red blood cells. No help in sending over a detachment of ammunition to a soldier already unconscious and bleeding out on the battlefield, you need to send that ammo along with some hemoglobin-stimulant-magic so that he can wake up and fire those shots at the enemy.

The story with Hydroxychloroquine

All that hilariously misguided and counterproductive criticism the media piled on chloroquine (purely for political reasons) as a viable treatment will now go down as the biggest Fake News blunder to rule them all. The media actively engaged their activism to fight 'bad orange man' at the cost of thousands of lives. Shame on them.

How does chloroquine work? Same way as it does for malaria. You see, malaria is this little parasite that enters the red blood cells and starts eating hemoglobin as its food source. The reason chloroquine works for malaria is the same reason it works for COVID-19 — while not fully understood, it is suspected to bind to DNA and interfere with the ability to work magic on hemoglobin. The same mechanism that stops malaria from getting its hands on hemoglobin and gobbling it up seems to do the same to COVID-19 (essentially little snippets of DNA in an envelope) from binding to it. On top of that, Hydroxychloroquine (an advanced descendant of regular old chloroquine) lowers the pH which can interfere with the replication of the virus. Again, while the full details are not known, the entire premise of this potentially 'game changing' treatment is to prevent hemoglobin from being interfered with, whether due to malaria or COVID-19.

No longer can the media and armchair pseudo-physicians sit in their little ivory towers, proclaiming "DUR so stoopid, malaria is bacteria, COVID-19 is virus, anti-bacteria drug no work on virus!". They never got the memo that a drug doesn't need to directly act on the pathogen to be effective. Sometimes it's enough just to stop it from doing what it does to hemoglobin, regardless of the means it uses to do so.

Anyway, enough of the rant. What's the end result here? First, the ventilator emergency needs to be re-examined. If you're putting a patient on a ventilator because they're going into a coma and need mechanical breathing to stay alive, okay we get it. Give 'em time for their immune systems to pull through. But if they're conscious, alert, compliant — keep them on O2. Max it if you have to. If you HAVE to inevitably ventilate, do it at low pressure but max O2. Don't tear up their lungs with max PEEP, you're doing more harm to the patient because you're treating the wrong disease.

Ideally, some form of treatment needs to happen to: Fini.
Posted by namnow on April 11, 2020