THE AUTHOR HAS JUST RETURNED FROM ITALY. HE IS IN GOOD HEALTH. 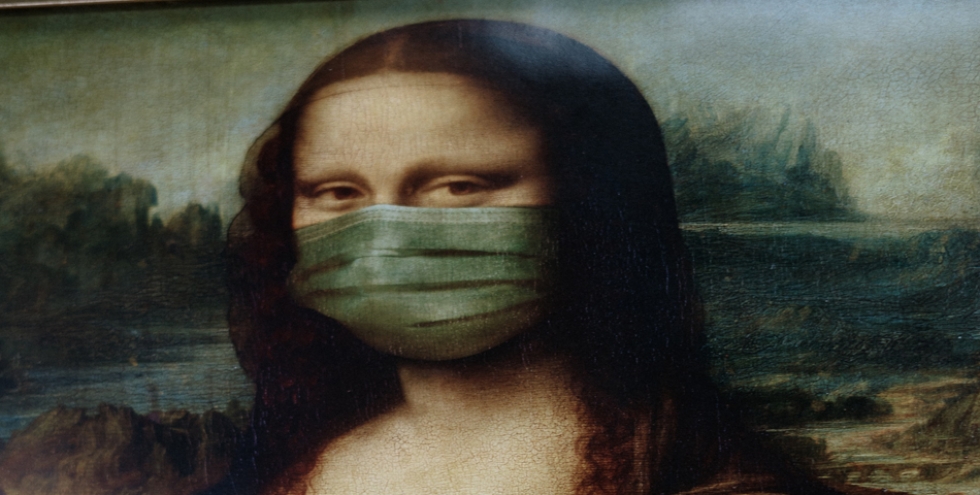 The word of the moment is “unprecedented”.
And we simply accept all this because there is a “crisis”.  Except there isn’t a crisis.  Other than the one manufactured by elites and by the State – the Establishment, in other words – in their own interests.  Anyone who has seen the film Wag the Dog will know the tricks that can be pulled.  In this film, an American president facing a very difficult re-election campaign decided to create a pretend war, in which he hired a film director to film a “war” in order to rally the people behind the existing regime.
There is a crisis, though.  The economist Adam Creighton predicts a worse economic crisis than anything since the Great Depression.  Even the incurable optimist Matt Ridley has argued:

"The hardships ahead will be like nothing we have ever known …"

According to Terence Corcoran, writing in the Financial Post:

"The global economic experiment in pandemic control continues to expand, nation by nation, economic sector by economic sector, worker by worker. Governments are getting the headlines: In Japan there is talk of US$260 billion in government action. The U.S. is said to be aiming for US$1 trillion in new spending. Canada announced $82 billion in direct and indirect spending. France $550 billion. Spain $150 billion."


And so it goes around the globe, and where it will end, nobody knows.
The Wall Street Journal has suggested:

"Even cash-rich businesses operate on a thin margin and can bleed through reserves in a month. First they will lay off employees and then out of necessity they will shut down. Another month like this week and the layoffs will be measured in millions of people."

The deadweight loss in production will be profound and take years to rebuild. In a normal recession, the U.S. loses about 5% of national output over the course of a year or so. In this case we may lose that much, or twice as much, in a month. 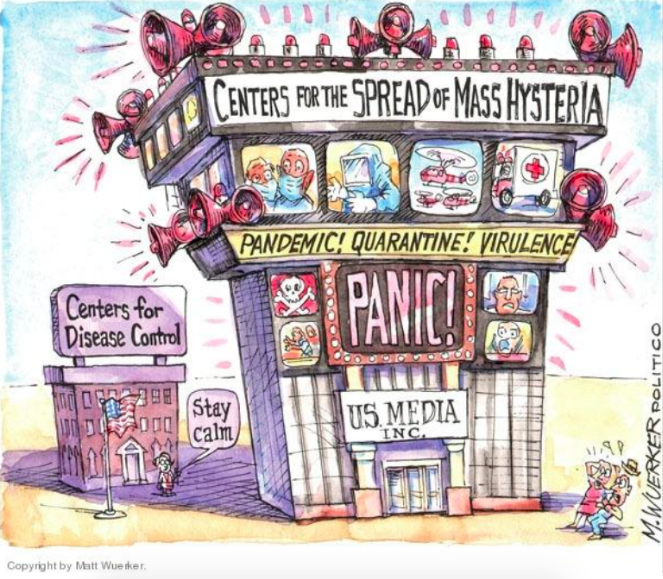 Yes, this IS a crisis.  But this crisis is not the one we might think we have.  The crisis is one of the making of the world’s governments and the attendant mainstream media.  They are trying to convince us that there is a crisis.  The crisis is, in fact, an economic and social one.  And indeed a spiritual one, if the churches keep on closing.  Not a health one.  The success of government and media attempts to convince the world there is a plague afoot is already apparent – whole industries shutting down, tourism tanking, airlines on a path to bankruptcy, stock market collapse, people’s retirement savings decimated, talk of nationalising industries, the likelihood of mass unemployment, cities and towns being deserted, panic buying, ruthless public behaviour, and Catholic people being denied the Mass.  Not to mention the mental health scars already worn by those prone to hysteria.