THE LOCKDOWN ACCORDING TO Dr. BRIGGS


BRIGGS IS NOT ENAMOURED WITH MARTIAL LAW LITE IN THE U.S. AND WE PUBLISH HIS OPINION FOLLOWING OUR OWN ARTICLE ON THE LOCKDOWN WHICH CAN BE READ HERE: https://www.righttospeakout.com/2020/03/they-may-take-our-lives-but-theyll.html 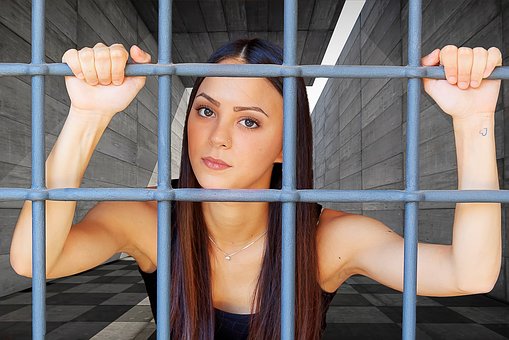 by BriggsPosted on March 21, 2020
Martial law is here, though it’s been given a prettier label. For your own good. All of California, and all of New York are locked down, even though only tiny small areas of each state have had coronavirus cases.
Do people not remember how large and (in the old-fashioned usage) diverse these states are? The people in rural areas are being treated to the same level of suspicion of those crammed into cities.
Why just California and New York? There are cases in other states. They could spread, too. Why not lock it all down. Indefinitely. Well, that is of course precisely what is happening.
Andrew Cuomo, echoing California’s Gavin Newsom’s earlier justification. said, “I want to be able to say to the people of New York — I did everything we could do. And if everything we do saves just one life, I’ll be happy.”
There it is. Effeminacy triumphant.
We have become a nation of cowardly old women, frightened of everything, sure that our own horrible doom is around every corner. The old joke, so hackneyed I can barely make myself write it, is that a sweater is an article of clothing a child wears when its mother gets cold, has become official policy.
Think! Do you understand that If everything we do saves just one life, I’ll be happy can be used to justify anything?
Andrew Cuomo, 2021: “Climate change kills. Thus we must shut down all inessential activity and assert state control over certain industries. I want to be able to say to the people of New York — I did everything we could do. And if everything we do saves just one life, I’ll be happy.”
Insert, “the flu kills”, or “driving kills”, or “uttering unapproved opinions”. Insert anything.
How much ruin are we willing to accept to save just one life? The loss of thousand upon thousands of small business? The loss of millions of jobs? The creation of a huge new welfare cohort? Tell me. I’m listening. How much pain should we accept to save just one life.
A recession? A depression? Screw the economy. The economy is some abstract, heartless thing. Nobody except effete academics and the greedy care about “the economy”. What about people.
Newsom is saying martial law (under its nice name) will last “at least” eight weeks. He gave no indication how and under what conditions it would end. Cuomo was also noncommittal.
This does not amaze you? You are willing to accept house arrest for an indefinite and undefined period of time? You are willing to sit and cower as long as the media and your leaders say “Be afraid!” Of course you are willing. Stupid question.
I believe it will end, if only because it’s clear that our leaders are making this up as they go along, each looking to other for guidance, a process which guarantees a panic ramp up. But it need not ever end, of course. Because there will always be the necessity of martial law if we must save just one life.
We hear routinely how little savings most have. Job losses, which have already begun and will not slow, and going to cause people to lose their homes. How many losses of homes can we take to save just one life? How many suicides from bankruptcy are equal to an 85-year-old emphysema patient succumbing to coronavirus?
We accept personal contact even though it spreads killer flu, colds, HIV, a host of other messy STDs, and on and on. We accept people driving and it kills. We let people take walks even though some slip and break their scrawny necks.
What exact price is worth it for to semi-sort-of-kinda slow this souped-up cold virus? You must say. You cannot evade the question. Our politicians have not evaded it, and have answered it. They have concluded financial ruin is negligible next to saving just one life.
The only people who will survive this madness intact are politicians and oligarchs.
“Briggs, what about the numbers? Aren’t all going to get this, and when they do won’t most die or be disfigured for life?”
I’ll have another update Tuesday on the numbers. See all the old ones in this link. The best single set of numbers might be that cruise ship, which is likely to be the worst possible case because of the enforced mingling of people.
Had 3,770 souls on board, 712 cases or 19% population case rate, with 7 deaths, or 0.18% population death rate, and a 1% case death rate. Did you notice that not everybody got it?
Posted by namnow on March 21, 2020