PREDICTIONS OF AN AUSTRALIAN LOCK-DOWN

AN OPINION PIECE BY DAVID HILTON IS QUITE ALARMIST.
[Publishing articles does not imply our assent with the views expressed]. 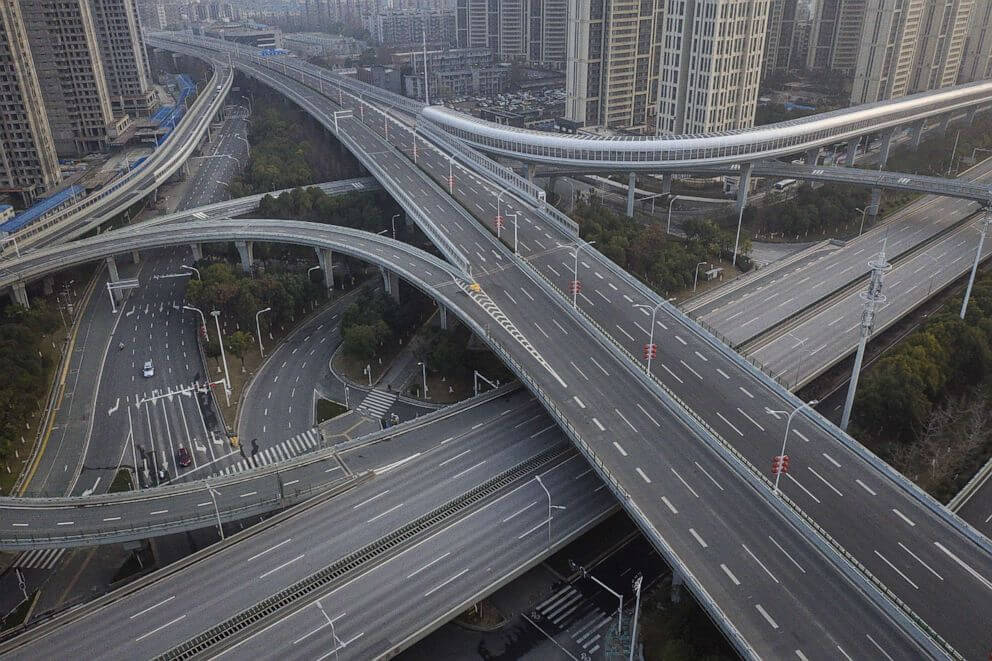 First it was toilet paper.
Next it will be food.
The people laughing at ‘panic buyers’ now will be panicking then, and blaming those who prepared for their lack of preparation. Should things get bad enough in the winter ahead, we’ll see violence as Australians face their vulnerability and reliance upon complex resource distribution systems and a debt-based financial system for the first time with horror.
It’s not the virus that we should be concerned about. Take steps to avoid it, but it’s not the greatest threat. The greatest danger to you and your family right now are the emotionally fragile and mentally unstable kidults in this country who haven’t taken coronavirus seriously and will lash out once it gets real.
Australia is about to face its greatest wave of public fear since 1942, and I strongly recommend you and your family get out of its way by making preparations now. Get supplies. Come up with infection avoidance protocols for your household. Get ready for everyone to be home together for a month or more. Get right with Jesus and ask for guidance.
You may as well repent anyway if you’re going to die from pneumonia.
There is no way Australia avoids outbreaks and quarantines at this stage. It is certain now that our health system will be overwhelmed this coming winter, and people will not get the first world treatment they have come to take for granted. There will be a small number of people who die while everyone else is bored. Right now, it’s the storm before the calm.
Clusters are forming around the world which will soon become outbreaks. The cluster threatening New York right now is centered in the Jewish community of New Rochelle, Westchester County. 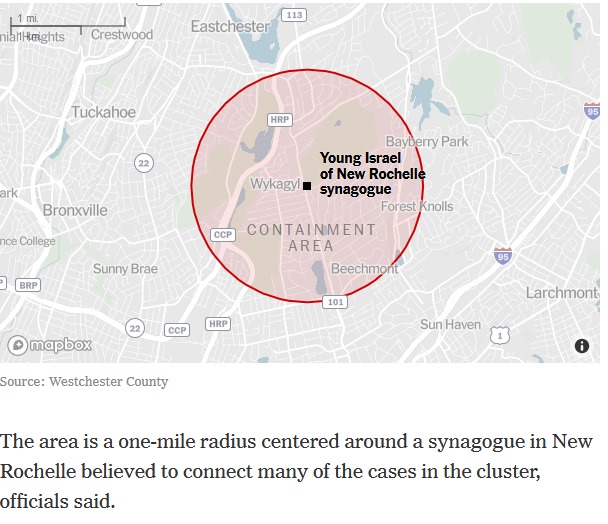 North Sydney already has multiple clusters. If we want to see what’s coming for Australia, probably within the next month, look at China, Iran and Italy.
Boring, and for some probably quite frightening. They wouldn’t be so frightened if they’d stocked up and gotten ready.
For those of us who don’t wait for the TV to tell us what to think, this is not surprising. We’ve been watching scenes from Wuhan since January, and following the rise in cases and responses of governments and people overseas closely. It was God’s grace that we got the chance to see what happened to other countries first, so that we could prepare.
But Australians didn’t prepare.
They laughed at first. Then they panicked about toilet paper. Then they got angry at anyone else who wasn’t panicking about toilet paper because they’d prepared ahead.
It didn’t have to be like this. Our government could have closed the borders in January, or even before as surely our intelligence agencies knew what was happening in Wuhan back in 2019. We’re an island. Stringent controls and a managed public response would have saved lives and prevented the shocks which are about to hit us.
Instead, the government chose to prioritise GDP and the interests of the billionaires over the health and wellbeing of the Australian people. Irresponsible politicians and media talking heads are still poo-pooing the idea of a coming shock.
I bet those elites have toilet paper in plentiful supply at home.
Everyday Australians who aren’t understanding what’s coming are at a disadvantage to the complexity of geometric progressions. They see that Australia only has 20 or 50 cases and they think there’s no threat. I did maths in space at school, but even I can understand that’s not how it works.
If you’re struggling with a family member or friend who just doesn’t get it, and you don’t want to have to support them for weeks on end once quarantines start, try this. Ask them if they would prefer one million dollars straight up, or one magical dollar which doubles every minute for an hour.
Most people will take the million cos thinking hurts.
Then show them this.
$1 doubling every minute:
$1
After 15 minutes – $16,384
After 30 minutes – $536,870,912
After 45 minutes – $17,592,186,044,416
After 1 hour – 5.764607523034235e + 17
I don’t even know how to read that last number, but it’s more money than a Rothschild has. That’s the magic and the mystery of compounding.
It seems the Wuhan coronavirus doubles in numbers of infections every six days. We also know that we have no herd immunity, and probably 60% of the population will get it. It will spread through the population the same way smallpox did through the natives of the New World.
The virus seems to have a case fatality rate of around 2%, give or take. As of today, Australia has about 100 infections.
Keep in mind, many who are infected don’t even know. Others end up in ICU on life support.
Let’s do the maths then. This isn’t a prediction, but it’s a solid extrapolation based on the data we’ve got.
11/3/20 – 100
17/3/20 – 200
23/3/20 – 400
29/3/20 – 800
4/4/20 – 1,600
10/4/20 – 3,200
16/4/20 – 6,400
22/4/20 – 12,800
28/4/20 – 25,600
5/5/20 – 51,200
11/5/20 – 102,400
17/5/20 – 204,800
23/5/20 – 409,600
29/5/20 – 819,200
4/6/20 – 1,638,400
10/6/20 – 3,276, 800
16/6/20 – 6,553,600
2% of 6.5 million is 130,000.
That’s a lot of nanas and pops, and it’s inevitable unless the government imposes draconian quarantine restrictions.
Prepare now so that you can be a support to others when it begins. A plague is coming, on all our houses.
Posted by namnow on March 11, 2020