HERD IMMUNITY AND A BLOW TO GLOBALISM 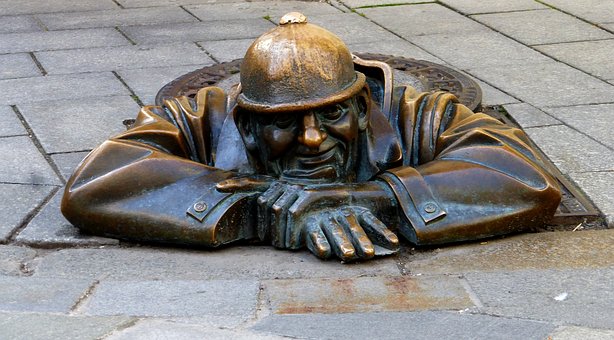 Countries re-tooling factories at the expense of China

Letter to the Editor

Martial law in Poland
The world is in various forms of lockdown to avoid the inevitable—a trimming of the human herd.
It’s disconcerting to reach the age and time of life where you are the one the wolves would choose to trim out of the herd, but that’s life—and death.
It’s Mother Nature’s way and I respect it—even though I heard from a reliable source that Covid-19 might have had a little help from the P-4 lab on the outskirts of Wuhan.
My beloved Warsaw is in lock-down to prevent the spread of this killer disease.  Sure, it’s over-hyped, but on the other hand—it seems to be working. Only a few deaths today and the spread is rapidly grinding to a halt.
The weak and old are dying.  The young and healthy are recovering.
Once we reach a 60% level of infection/exposure, Mother Nature kicks in with an incredible defensive mechanism yet to be understood—herd immunity.
That’s right.  Once 60% of us are exposed to this virulent form of flu, our human herd develops its own defense mechanism. How?
They haven’t a clue, but it happened with Covid 1-18, and it will happen again on #19, with or without a vaccine.
So as soldiers are closing and barricading the roads in and out of my ancient city, I’ve been thinking.
By Monday morning, only food and necessary deliveries will be allowed—which at first seems a little scary—but I’ve realised that it’s not all bad.
You see our borders are also closing for the first time since The Schengen Agreement was signed on June 14, 1985—but yesterday when guards starting dragging truckloads of combat-aged Muslims out of trucks and containers at the new border checks (15 Afghan soldiers in just one lorry)—it occurred to me that there are some upsides to all of this pain.
And it’s not just stopping the endless flood of young Muslim men invading Europe.  It’s much more—and it’s all for the better.
Borders.  Boundaries.  An end to the terrible Globalists.  A return to National Sovereignty.  Hmmm
We’re going to lose a lot from our herd to this Chinese disease—yes, that’s where it came from and they deserve the credit, so I’ll continue calling it that.
But think of it. This killer has done something that a very few of our weak-sister politricksters would on their own—it has forced them to act like leaders of nations again.
They must focus now on taking care of those they were meant to serve instead of being the head whores of open-door flop houses for the rest of the world.
So, let’s look on the bright side of Wuhan Fever
Not only are borders and boundaries springing up again—entire restructuring of our supply chains is occurring as well—and it’s all happening quite literally overnight.
“Chinese pharmaceutical companies have supplied more than 90 percent of U.S. antibiotics,” according to the New York Times—and a Chinese official hinted this week that those might be withheld as a threat to the U.S. as leverage on trade issues—and if they do, it would be good thing in my opinion.
Yes, some of us will die for lack of medicine, but it will force my home nation and everyone else’s to wake up to the dangers of allowing a Communist totalitarian gang bent on world control to hold us hostage for basic needs
The last penicillin producer in America, as example, was shuttered in 2004, largely due to unfair trade practices by China and weak U.S. leadership allowing it—but one will spring up within days now, just like two surgical mask businesses did last week.
Surgical mask and latex glove manufacturing moved to China decades ago, but they’re rolling off the assembly line in Texas by the thousands as I write—and were  up and running within weeks—thanks to private entrepreneurs and the elimination of thousands of regulations under President Trump—more of which were ditched yesterday as part of his declaration of a National Emergency.
In fact, the re-location of the supply chains just from the Hubei Province will leave China weakened for decades, and all of our nations will be strengthened in the process.
Jobs—real manufacturing jobs—are already flooding back to America, for example.  Even in the midst of this crisis, 273,000 new jobs sprung up just last month and unemployment dropped to a record low of 3.5%.
There are only two losers in all of this—the Chinese Communist Party and the Soros One Worlders.  They’re both done by the end of this pandemic.
It won’t happen overnight, but it will happen.  The world has seen the dangers of totalitarianism and the Chinese people will demand a change—in order to survive now that China’s weakness has been exposed (they’re $40 trillion in debt and entering a steep recession).
The other form of totalitarianism—Globalism—the one that brought on this pandemic—will be the other loser.
And I look forward to writing both of their obituaries.
Totalitarianism and globalism
Here they lie in this twin grave
Because like humans they could not behave.
One stole our wealth and one stole our soul,
Which is why they ended up in this damn hole.
May they never rest in peace
Howell Woltz
The International Centre for Justice
Warsaw, Poland
Posted by namnow on March 29, 2020